Looking for something to watch? Why not check out a series vouched for by Emmy voters ahead of the 72nd Primetime Emmy Awards on Sept. 20, 2020? Wonderwall.com is rounding up some of the Emmy-nominated shows you can stream ahead of the big show, starting with the most nominated series of the year! HBO's "Watchmen" picked up an astounding 26 Emmy nominations this year. Aside from the show itself being up for best limited series, stars Regina King and Jeremy Irons are up for, respectively, best lead actress and lead actor in a limited series. If you missed this graphic novel-based show and want to see what all the fuss is about, you can watch it on HBO Max. Keep reading for more critically acclaimed shows to stream…

RELATED: Most buzzed-about moments of Emmys past

If you haven't started watching "The Marvelous Mrs. Maisel," now is the time! Before the Emmys are handed out on Sept. 20, check out the highly hyped series that garnered 20 nominations this year. Rachel Brosnahan will once again compete for outstanding lead actress in a comedy series — she took home the award in 2018 — and we'll see if Alex Borstein wins outstanding supporting actress in a comedy series three years in a row! Catch all three seasons of this one on Amazon Prime anytime.

It's about time "Schitt's Creek" was recognized for its brilliance! The Pop TV series' final season accrued plenty of nods at this year's Emmys, including for outstanding comedy series plus acting nominations for all four stars: Eugene Levy, Dan Levy, Catherine O'Hara and Annie Murphy. Meet the Rose family and fall in love with this quaint little town on Netflix.

Next up? "The Crown," which has cleaned up at prior Emmys and returns this year with 13 noms for season 4. Olivia Colman once again grabbed an outstanding lead actress in a drama series nomination, while Helena Bonham Carter picked up an outstanding supporting actress nod. The show is up for outstanding drama series. Get your fill of royal drama and stream all four seasons on Netflix.

"Orange Is the New Black" aired its final season in 2019. Laverne Cox is up for outstanding guest actress in a drama series for her work on that final seventh season. For those who never got on board, watch it now: The show is available to stream in its entirety on Netflix.

"Saturday Night Live" racked up 15 nominations this year. Among the categories that the ensemble comedy sketch series is competing in? There are two nods for outstanding supporting actress (for Kate McKinnon and Cecily Strong), an outstanding supporting actor nom (for Kenan Thompson), three outstanding guest actor nominations (for Brad Pitt, Adam Driver and Eddie Murphy) and two outstanding guest actress noms (for Maya Rudolph and Phoebe Waller-Bridge). Catch up on this latest season with episodes on Hulu and Peacock.

Another easy-to-stream series that caught the attention of Emmy voters? "Dead to Me," which released its second season in 2020. The show picked up four nominations, and we'll see if either of its stars, Christina Applegate or Linda Cardellini, take home the outstanding lead actress in a comedy series Emmy for her work on the show. It's also up for outstanding comedy series. Netflix has both seasons available to stream now.

Head back in time to the '70s with "Mrs. America," the FX series about the Equal Rights Amendment fight. Among its eight nominations are nods for outstanding limited series and outstanding lead actress in a limited series (for Cate Blanchett). The series is available to stream via FX on Hulu.

Cult hit "What We Do in the Shadows" debuted in 2019 and aired its second season in 2020. The FX horror-comedy mockumentary series centers around the hijinks of four vampire roommates who live on Staten Island. It proved so funny that it landed a coveted nomination in the outstanding comedy series category. If you're looking for a dark laugh, you can stream it via FX on Hulu.

The fifth season of "Black Mirror" dropped in 2019 and subsequently earned Andrew Scott a nomination for outstanding guest actor in a drama series. The show has already won eight Emmys to date. You can watch every season on Netflix.

"The Mandalorian" earned 15 nominations this year including outstanding drama series and outstanding character voiceover performance. The live-action series — a "Star Wars" spinoff — is currently available to watch on Disney+. Check it out to see adorable Baby Yoda and find out why it picked up a bunch of nominations for its impressive special effects!

All five "Queer Eye" guys are up for outstanding host for a reality or reality-competition program. The reboot of the original "Queer Eye for the Straight Guy" series has run on Netflix since 2018, where all five seasons are available to stream. 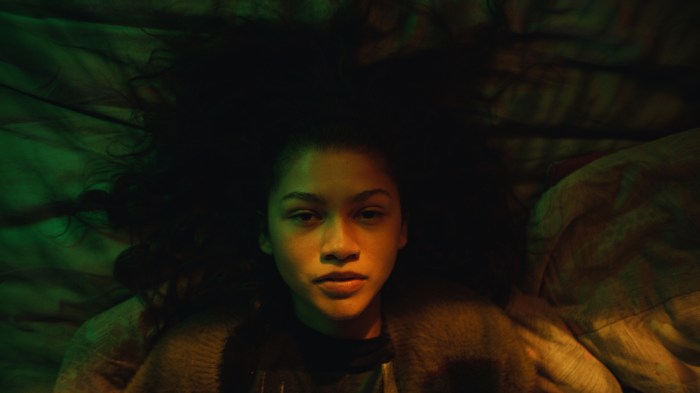 Up Next Where to watch