It's hard to take your eyes off these talented women. As the world mourns the January 2021 death of Cicely Tyson — who graced the big and small screens as well as the Broadway stage for seven decadess — Wonderwall.com is taking a look back at some of our favorite leading ladies when they were young starlets early in their careers, starting with the "Fried Green Tomatoes" alum… A decade after she started her Hollywood career in the early 1950s — and a dozen years before she earned an Oscar nomination for her performance in "Sounder" — Cicely posed for this portrait circa 1960. Keep reading for more…

RELATED: Black stars who made history

The style! The sass! The flawless skin! If you're anything like us, you've probably asked yourself at least once, "How the heck is Isabelle Huppert almost 70 years old?!" The phenomenal French Oscar nominee looks like she hasn't aged in years.

No surprise here: Isabelle Huppert has always been stunning and sassy. The freckle-faced beauty was irresistibly eye-catching in a portrait from 1971, the year she made her television debut in her native France at age 18.

There's just so much to admire about four-time Oscar nominee Helen Mirren, who's now in her '70s. Her eternal beauty, which is nothing new, is only one of them…

Helen Mirren looked blonde and beautiful sans makeup in a photo from 1967. (Pictured alongside her is actor Bruce Myers, whom she once dated.)

Meryl Streep is practically a national treasure, but before she was one of Hollywood's most celebrated stars, she was just a pretty young thing from New Jersey…

Before she was a 21-time Oscar nominee, blonde beauty Meryl Streep was a high school cheerleader.

Rita Moreno may be nearing 90, but she's still red-hot as far as we're concerned! Apparently, not much has changed over the years…

Case in point? Rita Moreno raised temperatures with this portrait from the '50s.

Susan Sarandon may be in her 70s, but she still knows how to work it on the red carpet. Do you remember what she looked like as a rising star?

Susan Sarandon smoldered with one strap of her dress sliding down her shoulder in a promotional photo for 1980's "Loving Couples."

Did you know that before she was a "Golden Girl," Betty White was a pin-up girl? You'll believe it when you see what she looked like in the '50s!

Wow! Betty White looked gorgeous in this portrait from 1954.

Younger fans know Jessica Walter as the quirky matriarch of the Bluth family on "Arrested Development." But at age 25, the actress was known for her arresting beauty…

Marry me! At age 25, "Arrested Development" star Jessica Walter was quite the looker.

There's a reason why we really like Sally Field — and it's not just because she's a two-time Oscar winner.

Most people can't help but remember a young Sissy Spacek as the titular high school outcast in "Carrie." But before her major movie breakthrough, she was actually a model.

Jane Fonda still looks incredible in her 80s, so it shouldn't come as a surprise that she was a stunner back in the '60s.

Jane Fonda looked picture-perfect in a portrait from the early '60s!

Now in her 60s, Madonna still knows how to work it for the cameras. Can you remember what she looked like when she was just a rising star in the late '70s?

Who's that girl? It's Madonna in 1979! Can you believe how much she's changed?

Goldie Hawn is still blonde and beautiful in her 70s, but she was truly a bombshell when she first shot into the spotlight during the '60s.

In case there were any doubts about where Kate Hudson gets her good looks, check out this portrait of her mom, Goldie Hawn, in 1967.

If she could turn back time, what would Cher look like? … Gorgeous!

Here's something we "Believe" — Cher looked stunning in this portrait taken in August 1974. She sure has changed her look a lot over the years!

As Jessica Lange proved during the 2017 Emmys, she's one of the most beautiful women on the planet … at any age!

Jessica Lange showed off her enviable bone structure in this undated portrait.

Yes, "Requiem for a Dream" star Ellen Burstyn has always been this photogenic!

Ellen Burstyn looked lovely in a portrait circa 1965.

American audiences got a bit of a late start with English actress Charlotte Rampling, who's in her 70s now.

Charlotte Rampling was a true English rose! She showed off her stems in a portrait from 1967, around the time she made her big-screen debut in her home country.

It's been more than four decades since the late, great Carrie Fisher shot into the spotlight as Princess Leia in "Star Wars." Who could forget her famous slave costume?

Hello, Leia! Carrie Fisher donned one of the most iconic costumes in cinema history in 1983's "Return of the Jedi."

It wasn't until 2012 that the late French actress Emmanuelle Riva, who died in January 2017, made a splash in Hollywood when she starred in "Amour." Boy, were we missing out!

Emmanuelle Riva made her acting debut in her native France in 1957 and earned her first BAFTA nomination for her work in "Hiroshima Mon Amour" just a few years later. Is it any wonder why Japanese actor Eiji Okada, her co-star in the romantic drama, couldn't keep his hands off her angelic face?! 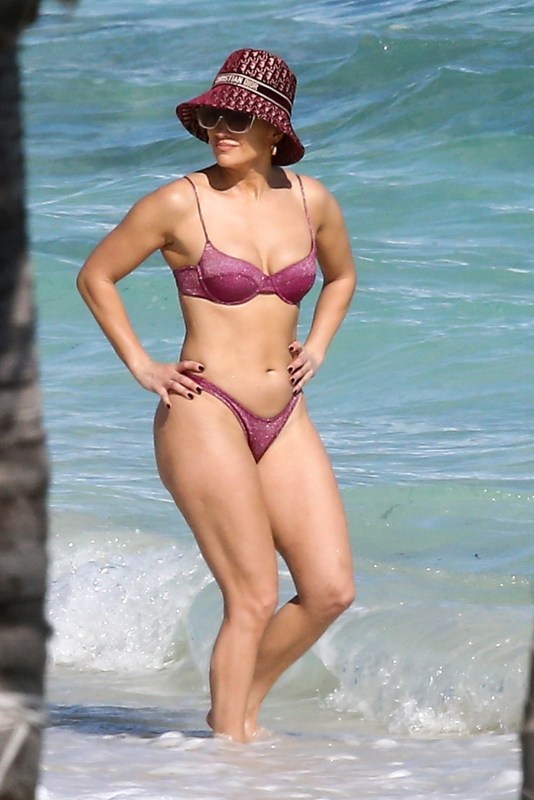 Up Next Bikini bods