Kristen Bell's dance card is totally full. In addition to starring on "The Good Place," the funnywoman is developing several new TV shows, gearing up for a fourth season of "Veronica Mars," raising two young daughters and fostering a special-needs rescue pup. Is it any wonder she prefers to stay in when she's not on the job? Wonderwall.com caught up with the mother of two — who recently teamed up with American Express to unveil the refreshed Blue Cash Preferred Card, which now offers a slew of couch-potato-approved perks — to get the scoop on why being a homebody has always been part of her DNA. She also dished on the new season of "Veronica Mars" and why she was willing to sacrifice time with her two young daughters for the opportunity to return to Neptune, California, the secret weapon to handling her crazy schedule — which she plans down to the minute! — getting husband Dax Shepard on board with fostering a special-needs pet in spite of his dog allergies and more. Keep reading for the highlights from our chat…

Kristen Bell on the upcoming fourth season of "Veronica Mars":

"I'm excited for people to see a very grown-up world. Veronica is grown up and so is the world around her, and that makes it darker heavier — but just as funny. I was convinced she needed to come back for two reasons. No. 1: That show is not just about a female heroine — a hero without a cape — it is also about the haves versus the have-nots, and that has never been more relevant than it is right now. It was relevant when we did it 15 years ago, and it's even more relevant right now. The second reason is, when I looked at my schedule and I thought… This is gonna take six months to shoot. This is gonna be a monster to film [because] noir is filmed outside — at night, often — which means I'm gonna be missing bedtime. I gotta decide, 'Do I want a world bad enough that my girls grow up in where Veronica Mars exists as a reference and as an idol and as a North Star?' And the answer was yes."

RELATED: "Veronica Mars" cast: Where are they now?

Kristen Bell on her secret weapon to juggling her hectic schedule:

"It's a recipe. It's not a one-ingredient recipe. I'll start by saying I have an incredibly good support system. I couldn't do any of this by myself. The responsibilities are shared. My sister-in-law (pictured) helps us with the kids. My husband and I attempt to take work that shoots in opposition, so he will work part of the year and I will work part of the year. When I'm not shooting, I'm still working, but they're not 16-hour days so someone will be present with the kids. But my sister-in-law fills in all the gaps. If someone needs to go on a field trip or if a lunch forgets to be made or if we can't take them to school cause our call times are too early, my sister is there and is the glue that holds our family together."

Kristen Bell on keeping her schedule down to the minute:

"We have to schedule really specifically. … I'm a really good scheduler. I A/B my life — meaning I will set aside 15 minutes to do this, 15 minutes to do that. It's really just keeping that mindset that gets me through everything I want to accomplish. Sometimes it's the key thing, which, of course, is not the way that everyone should live. Even sometimes I'm like, 'I just take on too much.' … But I only do things that my heart wants to do."

"[She's] brand spanking new — as in, this bitch came yesterday. She's 12 years old. She's deaf and only has one eye, and she's partially blind in the one good eye. She came with the name Cassie, which my husband immediately changed to Tiffany because she doesn't know the difference. We'd obviously have respect for the dog and not change her name had she had a name for 12 years — but the dog can't hear, so it's sort of irrelevant. The deal is if my husband isn't allergic to the dog and he gets to name it, then I'm allowed to get a foster dog. So our last foster dog he named Glenn, which our best friend took, and the dog before that he named Pat. So he's got a real thing with naming them pretty laughable human names."

Kristen Bell on her inner homebody:

"I would say it's always been in me — maybe not in my husband as he spent a fair amount of his life in the bar. But with me, I've always felt like I want to see and hear the people I'm around. I don't love background noise, which is what I get when I go out. I don't want to strain to see you or hear you. I really want to connect — whether that's with one person or the 12 people I love the most — and I always felt like hosting was my love language. With all that combined… I just feel so pumped to stay home and bring the party here much more than I am to go out — and that was well before having kids, for sure."

Kristen Bell on how she and husband Dax Shepard would choose to splurge on a big night out:

"If it couldn't be at the house… I'm such a foodie. We're already spoiled living in California with incredibly fresh produce. A huge splurge for a big Christmas present is, like, going to a Thomas Keller restaurant — like taking a trip to The French Laundry and going to eat farm-to-table food that has been picked hours ago."

"They really targeted what an older millennial might want out of the card, and it spoke to me so much. As the CEO of my family, my primary spending habits are groceries and transit and streaming services because I spend a lot of time at home. I have very young kids — and even if I didn't have young kids, I feel like I'd still want to be hosting parties in my house and binge-watching television. … It just sort of targets all of my lifestyle habits. And I am a pretty frugal person, so I pay a ton of attention to this stuff where I get rewards back and how to spend my money really wisely." 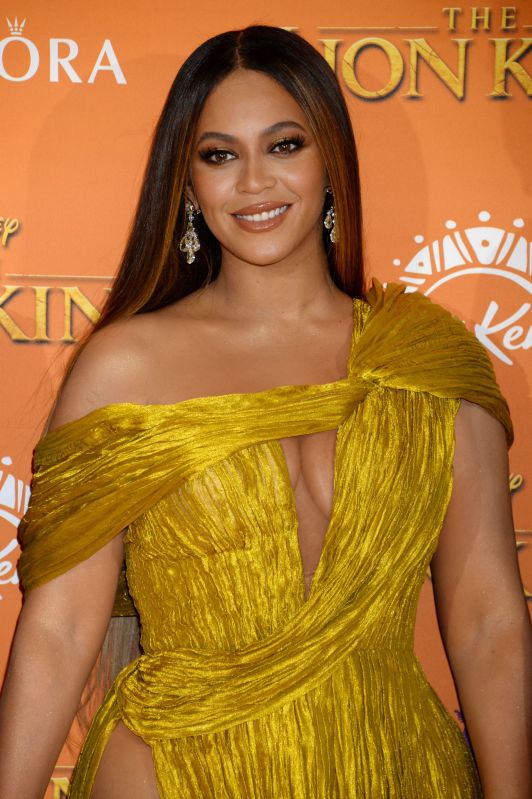 Up Next Rock The Vote