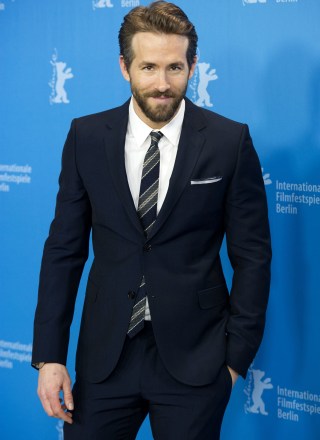 Oh Canada, it seems your cup runneth over with hunks named Ryan. Reynolds, who in turn wears his heart for his homeland on his sleeve with a tattoo of Vancouver's 9 O'Clock Gun, started the Yellow Snow comedy troupe and made his TV debut in Nickelodeon's "Hillside" as a teen before crossing the border as a guest star on U.S. shows like "The X-Files" and "Sabrina The Teenage Witch." Eventually People's 2010 Sexiest Man Alive worked his way up to lead on "Two Guys, A Girl, And A Pizza Place" from 1998-2001 and then made the switch to the big screen. Audiences took notice of his comedic skills when he played the seventh-year college cutup "Van Wilder" in 2002 and moved on to appreciating his buff bod in 2004's "Blade: Trinity" and 2005's "The Amityville Horror." He has since used both his humor and his hotness in blockbuster fare like "X-Men Origins: Wolverine," and "The Proposal" as well as indie gems like "Adventureland" and "Buried." Reynolds — who was engaged to Alanis Morissette from 2004-07 – married Scarlett Johansson in a secret ceremony in 2008 but the pair suddenly split two years later. While the poorly received "Green Lantern" failed to provide him with a franchise (Perhaps he will have better luck in 2016 when his "X-Men" character Deadpool is scheduled to spin-off.), it did introduce him to his second wife, Blake Lively. Their wedding in September 2012 was held in South Carolina and featured a performance by Florence and the Machine.