Whether you're a dedicated Belieber or just a casual fan, there's no denying Justin Bieber is a massive superstar who's amassed a major fortune. In honor of the pop star's 26th birthday on March 1, 2020, Wonderwall.com is diving into the business of being Bieber. Keep reading to see all the ways Justin has grown his brand since he hit the scene in 2008…

RELATED: The business of being Taylor Swift

It was one of Justin Bieber's YouTube videos from 2007 that first got him noticed by Scooter Braun. That chance viewing resulted in a then-13-year-old Justin heading from his native Ontario, Canada, to Atlanta to meet with the famed manager and eventually sing for Usher. He signed to Island Records in October 2008 and he and his mother, Pattie Mallette, moved to Atlanta to get his career going. By 2009, Justin had released his first single, "One Time," which went platinum in Canada and in the States, launching his path to superstardom.

RELATED: The business of being Britney Spears

Justin Bieber's very first tour, which was in support of his "My World" EP and "My World 2.0" album, started in June 2010 and wrapped up in October 2011. It took him everywhere, covering North America, Europe, Asia, Australia and Latin America. The lengthy concert trek earned an estimated $53.3 million worldwide, according to Forbes.

Did you know Justin Bieber's first fragrance, Someday, ended up breaking records at Macy's? The pop star's scent became the bestselling celebrity fragrance ever at the time, and the bestselling new women's fragrance of any kind in 2011. He reportedly made over $3 million in royalties from the product, while it sold $60 million in stores during its first six months.

In February 2011, Justin Bieber hit the big screen in his first documentary, "Justin Bieber: Never Say Never." At the time, it was the most successful concert film of all time in the States: It earned $12.5 million on opening day and went on to make $98 million worldwide.

Though it seems like an unlikely pairing, Justin Bieber scored a collaboration with Nicole by OPI nail polish in 2011. The pop star launched a polish line with the company called "The One Less Lonely Girl Collection." It was sold exclusively at Walmart and ended up moving one million bottles in less than two months.

In June 2011, Forbes ranked Justin Bieber the second-best paid celebrity under 30. He was the youngest star on the list, which revealed he'd earned an estimated $53 million in the previous 12-month period.

In 2011, it seemed that everything Justin Bieber touched turned to gold! So it was no surprise that his Christmas album, which came out that November, became the 11th-bestselling album of 2011. The holiday-themed studio album, which included his song "Mistletoe" and a cover of Mariah Carey's famous "All I Want For Christmas Is You" alongside the superstar, sold 1.2 million copies and went platinum.

Justin Bieber united with Adidas in 2012, becoming the Adidas NEO brand's "Global Style Icon." He signed a two-year deal with the sportswear brand that included starring in ad campaigns and making appearances in Adidas shoes.

June 2012 saw the release of Justin Bieber's third studio album, "Believe," which featured more of an R&B vibe than his previous pop-filled records. It became his fourth No. 1 album and was certified platinum by that July.

Justin Bieber's second fragrance, Girlfriend, was also released in June 2012, which synced up nicely with the release of his latest album. The new perfume caused a major stir as its ads featured a model who looked a lot like Justin's then-girlfriend, Selena Gomez.

Justin Bieber's "Believe" tour earned an estimated $110 million in 102 shows. It started in September 2012 and continued until December 2013, covering North America, South America, Europe, Asia, Africa and Australia. In 2012, it placed 23rd on Pollstar's Top Worldwide Tours list, but in 2013, it moved up quite a few spots and ranked fifth on the same list.

The Key, Justin Bieber's third fragrance, hit stores in June 2013. Later that year in December, the pop star returned to the big screen with his second documentary, "Justin Bieber's Believe." The flick didn't match the success of the first film but still ended up earning $32.2 million at the worldwide box office.

Despite going through a rocky year in the press thanks to his bad behavior — a DUI arrest and probation for an egg-throwing incident, among other incidents — Justin Bieber's fourth fragrance, Justin Bieber's Collector's Edition, was released in 2014. The scent marked his last foray into the perfume world. The same year, the Biebs topped Forbes' list of the highest earning celebrities under 30 with an estimated $80 million in earnings for the previous 12-month period (thanks mostly to the wild success of the end of his world tour).

Calvin Klein and Justin Bieber teamed up in 2015,: The icon brand named the pop star as the new face of the brand. He appeared in ads with model Lara Stone wearing nothing but his underwear and fans went wild. Justin also returned in 2016 for the brand's spring underwear ads alongside fellow musician FKA Twigs and model Kendall Jenner.

Justin Bieber set a Guinness World Record in 2015 when he released his single "What Do You Mean?" off his fourth studio album, "Purpose." He became the youngest male artist to debut at the top of the Billboard Hot 100 chart with the tune.

November 2015 saw the release of "Purpose" — and Justin Bieber's sixth time at the top of the Billboard 200 chart. The album was a smash hit, selling 3.1 million copies worldwide and eventually solidifying itself as the fourth bestselling album of the year. It and its tracks earned the pop star four Grammy nominations including one for album of the year at the 2017 ceremony.

Justin Bieber took home his first Grammy Award in 2016, earning a best dance recording trophy for his 2015 tune with Jack U, "Where Are U Now."

Like many celebs at the time, Justin Bieber launched his own emoji app in 2016 — Justmoji — which include emojis, gifs and stickers all centered around the pop star. When the app came out, it cost $2.99 to download, though there was no official word on how much Justin earned from the offering.

Justin Bieber earned an estimated $257 million on his "Purpose" world tour — his third global concert trek, which ran from March 2016 until July 2017 — even though the final dates were canceled as he struggled with his mental health and rededicated himself to his religious ideals.

The last time Justin Bieber popped up on the Forbes highest paid entertainers list was in 2017 when the magazine reported that he pulled in a reported $83.5 million for the previous 12 months, a result of his successful tour.

Justin Bieber only put out a couple of songs in 2019 — in fact, he spent most of the year trying to take a break so he could focus on his marriage to Hailey Baldwin and his health — but that didn't mean he stopped making money moves. The star launched the clothing brand House of Drew, which is filled with funky items like corduroy pants, sweats, tees and even branded slippers.

As Justin Bieber focused on his health, he entered into a new brand partnership that was in line with his changing priorities. In November 2019, he launched Here+Now — a baking soda-free natural deodorant with a gender-neutral fragrance — with Schmidt's. "Schmidt's is a great brand whose products promote natural self-care, which is something I really believe in," Justin said. "Take care of yourself, live your best life and always be Here + Now."

"My World 2.0," Justin Bieber's debut studio album, hit stores in March 2010. It debuted at No. 1, went platinum three times and yielded hit singles like "Baby" and "Somebody to Love." It also earned him his first ever Grammy Award nomination for best pop vocal album. But the album majorly paid off monetarily in another way…

In 2010, Justin Bieber landed a contract with the acne-fighting company Proactiv. It reportedly earned the star around $3 million for a two-year deal. At the time, he joined the ranks of other pop stars like Katy Perry, Jessica Simpson and Avril Lavigne who'd shilled for the brand.

Justin Bieber started off 2020 with the release of a new single, "Yummy," in January and his fifth studio album, "Changes," in February. he announced plans to kick off his fourth worldwide concert tour later in the year. In January, he also launched the YouTube documentary series "Seasons," in which he spoke openly about his physical and mental health, struggles with drugs over the years, music and more. 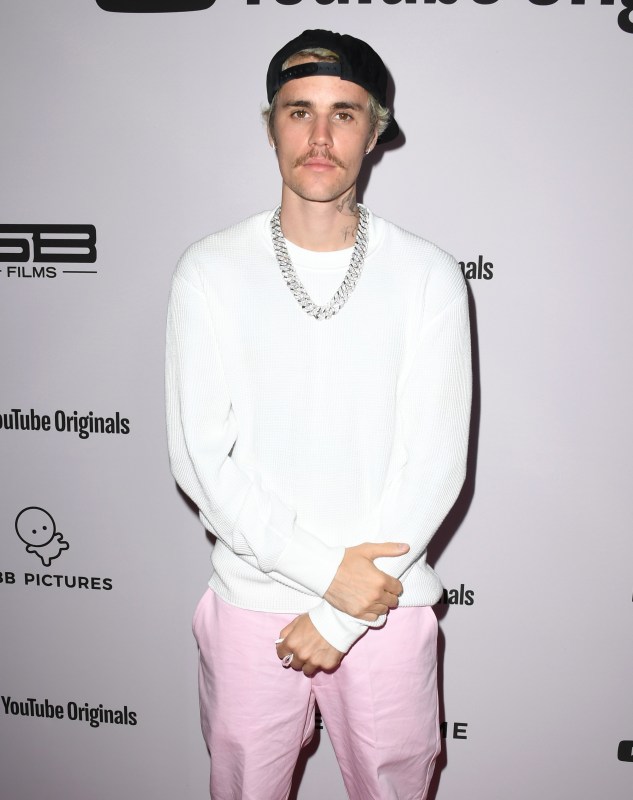 Up Next Bieber Business