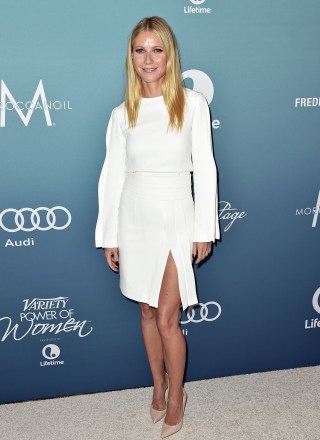 Share Tweet Pin Email
Share Tweet Pin Email
Actress mother Blythe Danner and director father Bruce Paltrow didn't encourage Gwyneth Paltrow the skip university and go into the family business until she appeared opposite mom in "Picnic" at the Williamstown Theater Festival at 18. She scored her first role in 1992's "Cruel Doubt" miniseries. A small part in "Flesh and Bone" in '93 made her one to watch. Then came a period more defined by romancers than roles as she took up with Brad Pitt, after playing his wife in "Se7en," and, after their engagement dissolved in December 1996, Ben Affleck. In 1999, she proved she was more than
Read Full Bio