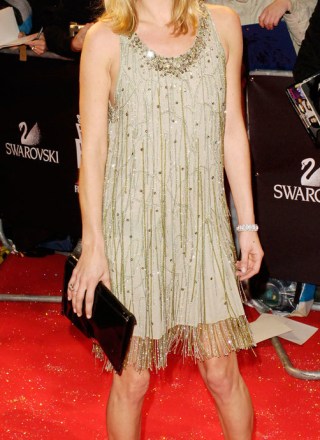 Share Tweet Pin Email
Share Tweet Pin Email
Kate Moss, with her 5'7″,100 lb. frame, was the face of the early '90s heroin chic modeling movement, but it took time to get to the top. She was actually discovered at 14 at JFK on the way back from a Bahamas vacation, but couldn't find work because glamazons like Cindy Crawford were favored in the '80s. She instead focused on graduating from high school and building her portfolio (with help from then boyfriend photographer Mario Sorrenti) and in 1992 took a career-changing meeting with Calvin Klein. Her topless jeans ad hit magazines and billboards in 1993, immediately stirring controversy,
Read Full Bio