Back in 2013, Joe Manganiello briefly rocked a clean-shaven look. We think the bare face takes away from that masculine sex appeal!

This is what Pauly D has always looked like — plenty of hair on top of his head, but none at all on his face.

This is a little more like it! Ben Higgins looks more like himself minus that fuzzy caterpillar on his upper lip.

Justin Bieber stepped out in early 2020 sporting a mustache that fans and wife Hailey Bieber didn't really like. But by mid-February, he'd shaved it off — though vowed to bring it back soon. So… 'stache or no 'stache?

"I shaved. MUSTASHIO went on holiday, but he will be back in due time," Justin Bieber captioned this post-shave selfie on Instagram on Feb. 16, 2020. Wife Hailey Bieber took to the comments section to make it clear she was happy he'd groomed, writing, "yeeeeee😍," and Justin's mom, Pattie Mallette, also chimed in with her approval, writing, "Ya praise God."

The past couple years have brought some major changes for everyone's favorite "The Office" crush. John Krasinski has not only moved into the leading man phase of his career but has also moved behind the camera to direct global smashes like "A Quiet Place" — and he started sporting a beard. While we love this hunky version of him, we'll always have a soft spot for John in his clean-shaven Jim Halpert days.

This is probably the John Krasinski you're used to seeing. The actor famously had to keep his razor handy during his "The Office" years.

David Harbour has become a Hollywood hunk lately! While fans are most accustomed to seeing him with the facial hair he sports for his role in "Stranger Things," he's also been known to shave… Keep reading to see a baby-faced David…

Nicolas Cage caused a stir when he hit the red carpet at the premiere of his film "Running With The Devil" in September 2019 sporting a wiry, full beard.

Nicolas Cage looks much different when he's had a fresh shave, as seen here in 2018.

It's hard to picture "Game of Thrones" star Kit Harington without some scruff. But that's all gone now! Keep reading to see if you prefer him with or without the beard…

Kit Harington shaved his beard in April 2019 for his "Saturday Night Live" hosting gig. Fans went crazy, as they're not used to seeing the actor without his famous Jon Snow facial hair. "It's the first time I've had a reason to shave in a long time," he told late-night host Seth Meyers. While some fans liked the look, the overwhelming majority did not. "Kit Harington without a beard is just… plz grow back," one person tweeted. We concur!

We think we prefer bearded Will Smith, who's now a distinguished man in his 50s.

Will Smith is a fan favorite no matter how he looks, but clean-shaven Will takes us back to his early-stardom days!

"Game of Thrones" alum and "Aquaman" star Jason Momoa has long been known for his scruffy beard and long hair. But in April 2019, after sporting his trademark facial hair at the "GoT" finale season premiere in New York City, he shaved for the first time since 2012. See his baby-faced look next…

RELATED: The best nostalgia-inducing photos of our favorite royals

Jason Momoa shaved his beard for the first time in seven years and revealed his new look in a YouTube video posted on April 17, 2019. He did it for a good cause: to raise awareness of the importance of using recyclable aluminum cans over plastic water bottles. "I just want to do this to bring awareness — plastics are killing our planet," he told fans in the must-watch four-minute clip.

Benedict Cumberbatch started sporting a 'stache in late 2018 to play a Cold War-era spy in the thriller "Ironback." "I very rarely get to choose my own style of facial hair, or hair, for that matter," Benedict said on British TV show "Lorraine" in November. "It's all paid for, kind of. It's all kind of designed for a look for a part."

We don't even have to ponder this: We're 100 percent sure we prefer Benedict Cumberbatch without any facial hair at all!

While George Clooney likes to change it up, we think we prefer distinguished, bearded George! See him clean-shaven next…

Common looks in his element and handsome while rocking a classic beard.

We adore Common whether he's rapping, acting or being an outspoken advocate, but the tiny goatee/mustache combo is not a winning look from our point of view.

This might be one of the hardest choices, but bearded Chris Hemsworth wins by a hair. (Pun intended!)

Chris Hemsworth is known for going back and forth between clean-shaven and bearded. Looking like he does, we can't say we blame him!

Jake Gyllenhaal tends to look older, wiser and more serious with a scruffy beard and we can't say we are mad at it!

When Jake Gyllenhaal is clean-shaven, we remember his teen heartthrob days. We can't choose which we like more!

Robert Pattinson's unkempt, bearded look? No thanks, we prefer him a little more put-together.

Without facial hair, Robert Pattinson looks ready to return to his modeling days. In June 2018, he reminded us of his Cedric Diggory days.

Ben Affleck is getting older and his scruff is showing his age. But as long as we get a healthy and happy Ben, we approve!

Its the tale of two Bens! Clean-shaven Ben Affleck looks like his alter ego, Bruce Wayne.

The Drake we all love! We cannot deny Drake really gives us Champagne Papi vibes when he's rocking facial hair.

Is it even right to call him Drake when he doesn't have a beard? Clean-shaven, he will always look like Jimmy from Degrassi.

David Beckham can do no wrong in our eyes! As he's gotten older, the former soccer star has committed to a more rugged look.

But there will never be a moment that we forget how good David Beckham looked clean-shaven! Takes us back to his soccer days!

When Jared Leto lets his beard go wild, he can really pull it off!

But when Jared Leto doesn't have a beard, his true age becomes a figment of our imagination!

Although it's hard for Oscar Isaac to not look like your dream boyfriend, we think that a little scruff makes him even sexier.

Then again, Oscar Isaac might look more approachable with a fresh-faced look.

Bradley Cooper still looks good with an unkempt beard and it really worked well for his rocker role in "A Star is Born."

But we can't help but love how handsome Bradley Cooper looks without a beard… don't you think?

Leonardo DiCaprio has been committed to a beard whenever he's not working. It works for him, we guess…

Leonardo DiCaprio has proven that he looks great regardless of facial-hair length, but we think we prefer him more clean-shaven.

Brad Pitt's little salt-and-pepper goatee shows off his age, and not even a cute hat can help him!

When Brad Pitt is clean-shaven, he looks like a debonair movie star!

There is something about Hugh Jackman with a beard that REALLY works for us. I mean, Wolverine, anyone?

We will take Hugh Jackman any way we can get him, but we think facial hair is where his strength lies!

Christian Bale is known for changing up his looks a lot depending on his movies. We are always fascinated by his ginger beard!

Clean-shaven for the win on Christian Bale!

When Keanu Reeves shaves, he looks totally different. Even though his facial hair hides some of his handsome face, he looks more like himself with it.

We can't help but smile when we see Ryan Reynolds looking fresh-faced like he did during the filming of "Green Lantern."

Sam Hunt almost looks like a different person when he's only got a little stubble! 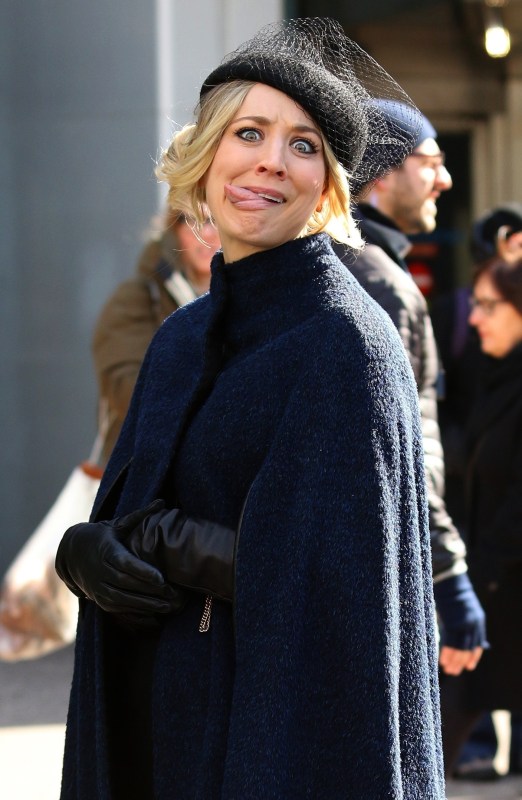 Up Next Tongue lashing